A settlement that stands out in all Cyclades

Kythnos is the Aegean island which is an easy solution for escaping from Athens due to its close proximity. Apart from its close proximity, however, it is also the island that will offer you many opportunities for beautiful moments, beautiful beaches, and good food. And so, because of his close proximity, you’re probably going to spend a lot of weekends there. In these excursions, you will get to know the beautiful village that looks like a labyrinth. It’s the Dryopida.

It is one of the most beautiful settlements of the Cyclades.

Dryopida is one of the most famous settlements of Kythnos that you should definitely visit if you are on the island. Its special feature is that it is the only village on the island that is not visible from the sea. In fact it is located in a sheltered place between two hills which in this way protect the village from the winds.

Another feature, however, that has made the village of Dryopida famous is the fact that it looks like a labyrinth. If you walk through its alleys, you’ll probably be in the same place over and over again without you knowing it. You will also be surprised that the buildings do not have the traditional Cycladic architecture. 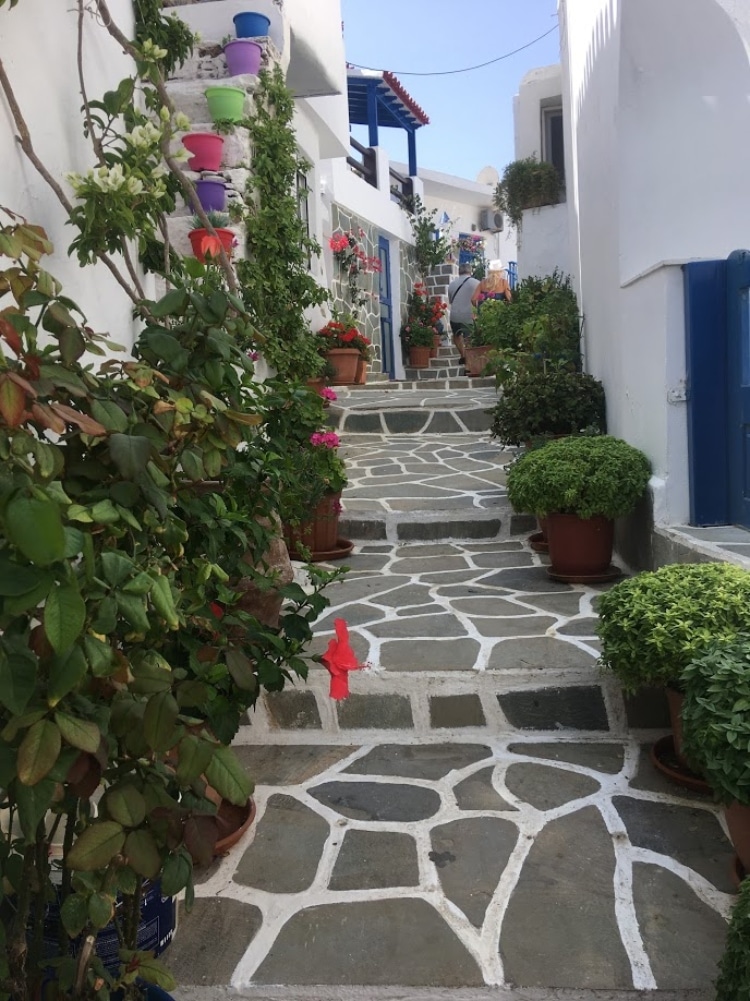 You will meet mainly two-storey buildings with tile which compose a unique image for the Cyclades. Some even argue that the inhabitants of the settlement had an appeal to the art of ceramics and therefore they use them widely in their homes.

How to get to Dryopida

Dryopida is located as we said at a point not visible from the sea and is at an altitude of 146 meters. It is only 7 km from the port of Meriha and 8 km from Messaria (Kythnos Country). You won’t have a hard time getting there since access is very easy.

Kythnos Is also something special on the island. We are talking about an entirely colored settlement with a special aesthetic. You’ll drink your coffee under bright bougainvillea and if you’re lucky you’ll enjoy the moon in the starry sky in a unique setting. Try it and you’ll remember us.

The Greek island of The Sun with its 18 beautiful beaches