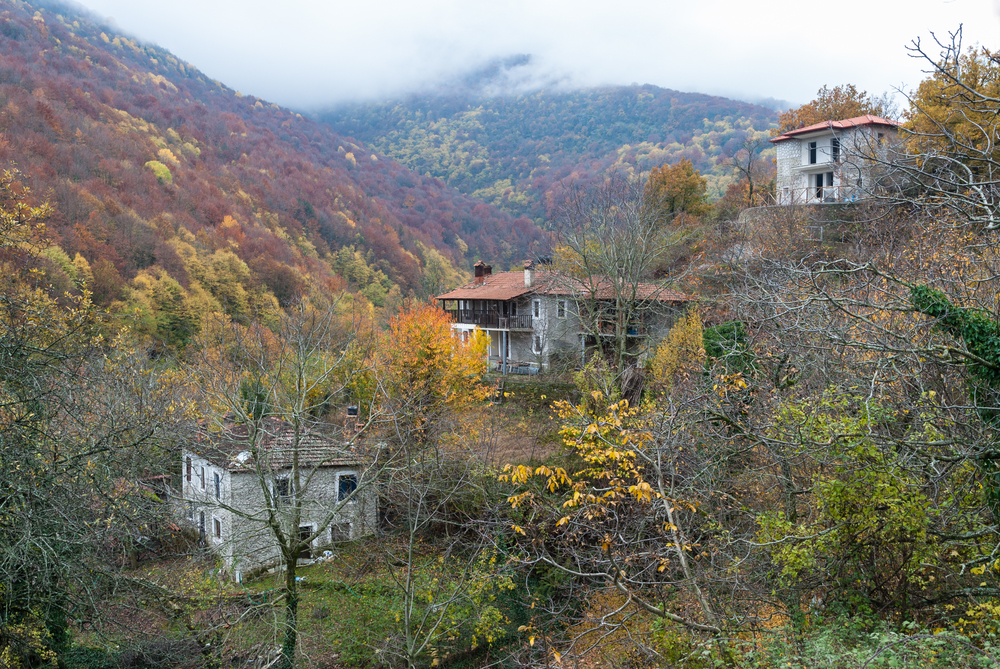 Skotina: The Greek village that has moved three times

Skotina in Pieriacombines winter and summer. Snow and sea. It is located on the southeastern outskirts of Olympus mountain. On the one hand there is the highest mountain in Greece. On the other, the village reaches down to its shores. The village has a strange history. It’s moved three times!

The starting point of events was in Kalampaka. The historical course, followed by the inhabitants of the village, begins with the abandonment of the first village they had in that area. Even today one can find debris in Kalambaka. The new village was created in Verdikousa. The spot where today’s Forest of Skotina is located.

The inhabitants of Skotina were forced to leave their village again. The new settlement was built in today’s Upper Skotina or Old Skotina. The construction was undertaken by craftsmen from Epirus prefecture. The folk tradition says that they built the settlements of Pelion Mountain as well and then left the village again. It is said that, in 1972, the last Skotina resident was relocated to present-day Skotina.

Serres: The only place in Greece that has fallen meteorite

The Greek village where women have the first say

The name of the village, according to the prevailing version of the tradition, is due to the “skoutia”. That is, its woollen fabrics. The “skoutia” were made in the area and from them capes or sails were made for the sailboats of the time.

The village is now a tourist destination. Hotels and restaurants can be found in the wider area, attracting guests all year round. The area has a strong ecclesiastical tradition and there are many attractions and monuments. Among them, there are ancient settlements. The oldest winery in the world has been discovered on the beach. Nearby, in Ano (Upper) Scottina, several abandoned houses have been restored. As a result, the traditional architecture has been preserved.

Where is it located?

Scottina is located next to the A75 National Road (Athens-Thessaloniki). The settlement is only 1 km from the aforementioned road. It is coverd regularly by the Pieria Bus, thus connecting Skotina with the surrounding areas. Katerini, Litochoro, Leptokya, Neo Panteleimon, Platamonas, Neos Poros. Access to Palea (Old) Skotina is via the paved road from the village of Agios Panteleimonas.