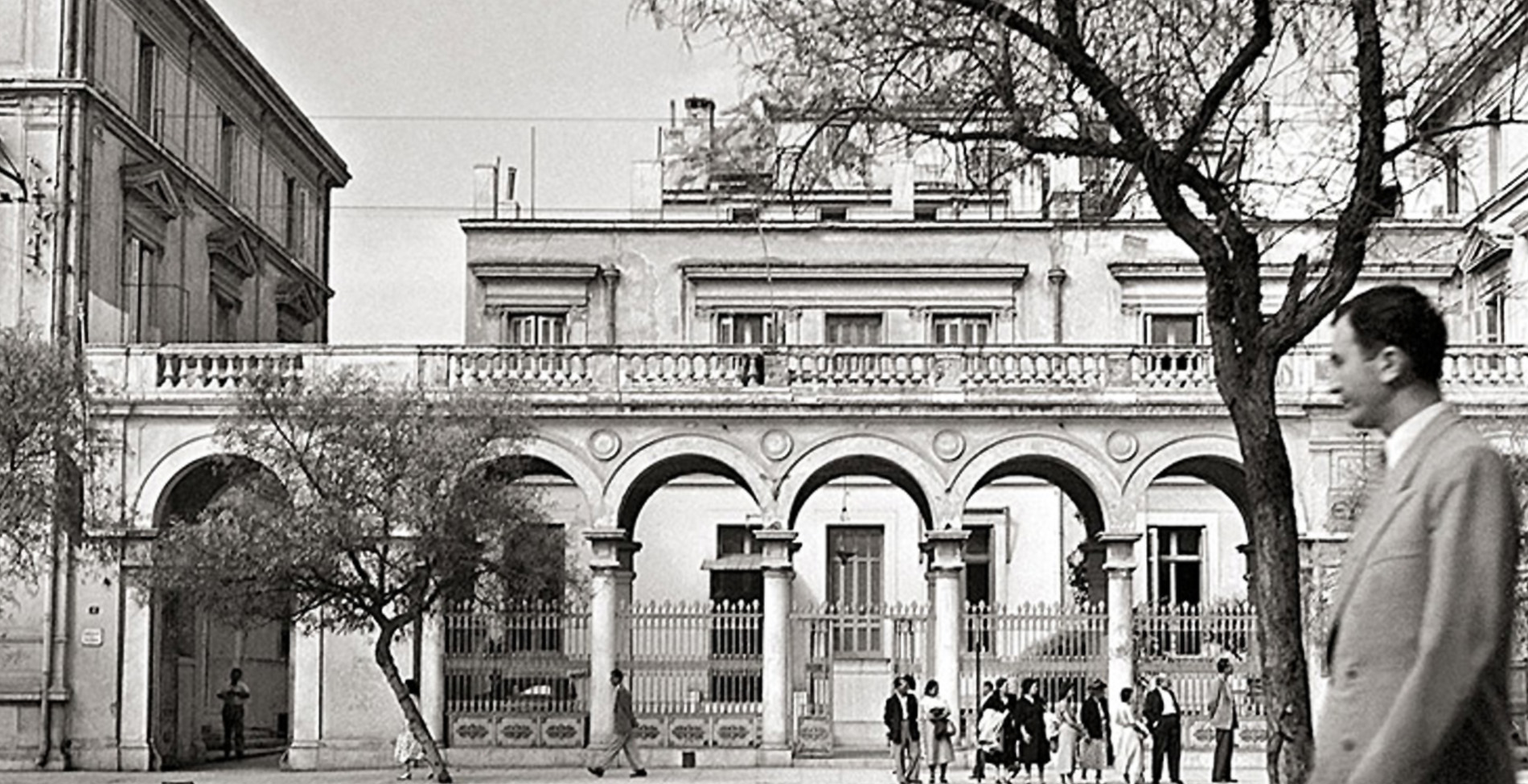 What happened to the capital's Municipal Theatre? The end that met emblematic mansions and the piece of culture that was lost

If there are any features that make Athens stand out, surely one of them is its beautiful neoclassical buildings. However, what is being rescued today is much less in accordance with what existed in the past. Towards the end of the 19th century, neoclassicism in Athen’s buildings met its day of glory. But that didn’t last long. After the end of the Second World War, trends in the city planning of Athens began to change radically. The place of the neoclassical buildings was occupied by apartment blocks.

Thus, some legendary buildings of the Old Athens no longer exist. See which five are among them… 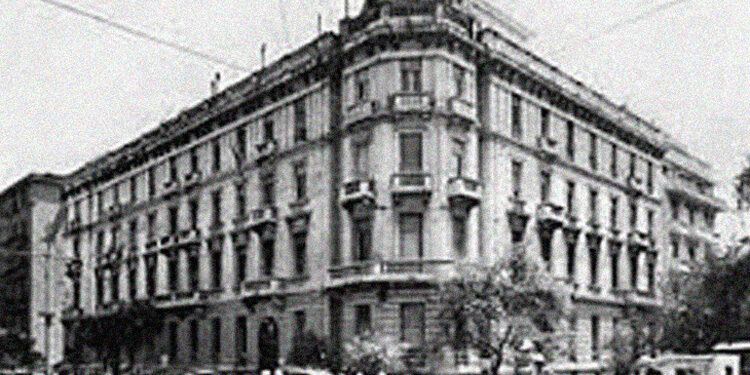 One of the most stately mansions in Athens. It was built around the 1900s with plans by architect Ernest Chiller. It was located in the place where today there is a building at the junction of Vasilissis Sofias avenue with Herod Attikos street. Today in fact, the building is cut in half. On the one hand, is the neoclassical building and on the other, is the modern edifice. The building that belonged to I. Pesmazoglou was preserved in its original form until the early 1960s. His heirs split it, and the result is apparent today. The final owners of the corner section decided to tear it down. Its place was taken by a block of flats. This happened with many other neoclassical buildings in Athens.

2. The Municipal Theater of Athens 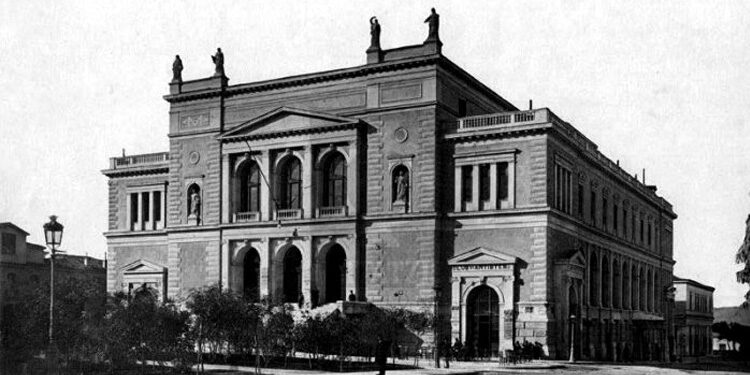 Undoubtedly one of the most formidable theatres that have ever existed in Greece. However, in less than 60 years it was built, inaugurated and demolished. The decision of building the Municipal Theater of Athens was taken during the king Otto era in 1857. Its construction went through a thousand obstacles. The Theater was finally built where today’s Kotzia Square is after several years of indecision. The inauguration took place in 1888. Its hall experienced historical moments and many famous performances took place in it. Its end, however, came very soon. After becoming an accommodation for refugee families after the Asia Minor disaster, it was later looted. Finally, in 1940 Kotzias, as a Minister of Capital Administration at that time, gave orders for the demolition work to start. 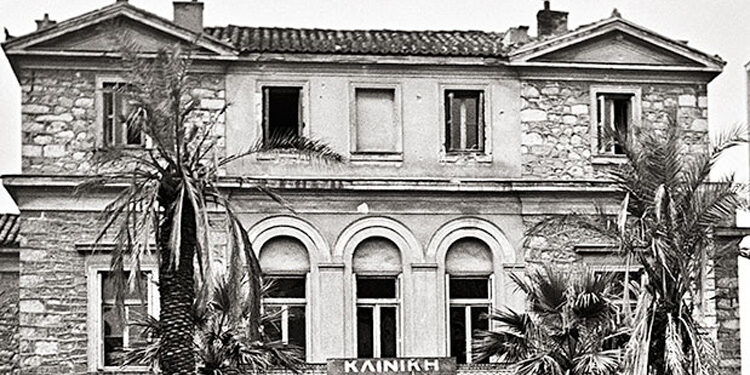 67 Sokratus street. 70 years ago, in this address, one could see a unique neoclassical building built by the architect Stamatis Kleanthis. The Countess Jenny Theotoki Mansion was built between the years 1842 and 1844 to accommodate the Theotokis couple. In this impressive three-story mansion, the entire Athenian aristocracy used to frequent. The building was demolished in 1956 to be replaced by large, modern apartment blocks. The exact same fate that many neoclassical buildings had. Its last use, however, was as a clinic. 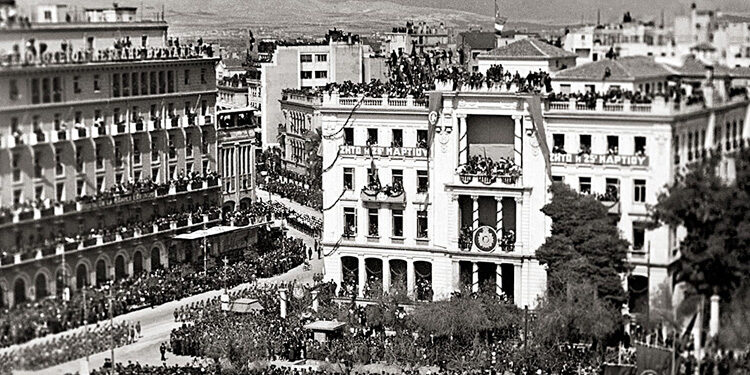 Right next to the Greek Parliament. At the junction of Vasilissis Sofias and Panepistimiou avenues. Where today there is a large glass high-rise building, one of the largest mansions of Athens existed about half a century ago. The Papudov Mansion is believed to have been built between 1875 and 1899 to house the Russian expatriate banker Aristides Papudov. Since 1960, many discussions were had about its demolition. This was finally done in 1971. Several years later, Astir Palace Hotel, a luxury hotel, was erected in its place. Today, the building is a place for various offices. 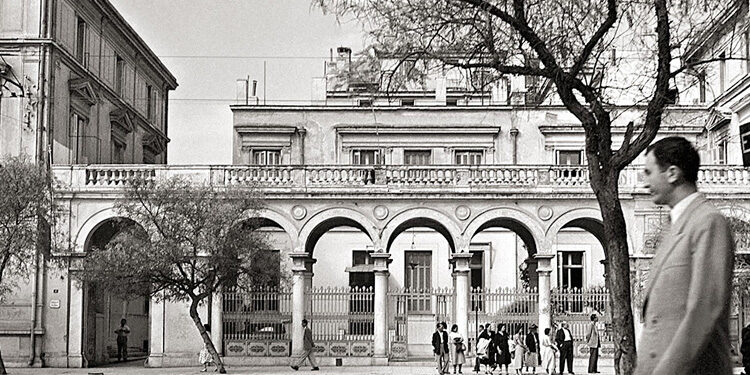 The Negrepontis Mansion was located on 2-4 Amalia’s avenue and Otto street. The Negrepontis Mansion was built in 1870 and it was demolished in less than 100 years, that is, in 1959. Characteristic of the building was the beautiful archway of the façade. Originally the building was used as the residence of Lucia L. Louriotis. It was later used as the mansion of the successor to the throne, Prince Constantine, after his marriage to Sophia of Prussia in 1889. At one point the building passed into the jurisdiction of the Greek state. Until 1940 it housed the Ministry of Mercantile Marine. It was eventually demolished to be exploited like many other places in Athens. To become a block of flats. Which stands there to this day.