Back in time with Athens’ horse-drawn trams

Its first appearance in Athens

The first year that trams appeared on the streets of Athens was 1882. The horses did the most important job at that time. It was the horse-riding trams that were moving on the city’s dirt roads of the time. Those were light vehicles which were attached to three horses each. The vehicles were with closed roofs in winter and had 16 seats and with open roofs in summer and had 20 seats. A total of 800 horses were circulating in Athens, which were small and sinewy. They were selected in such a way that they could move comfortably on the sloping streets of Athens. They also responded with ease and immediacy to the constant stops required. 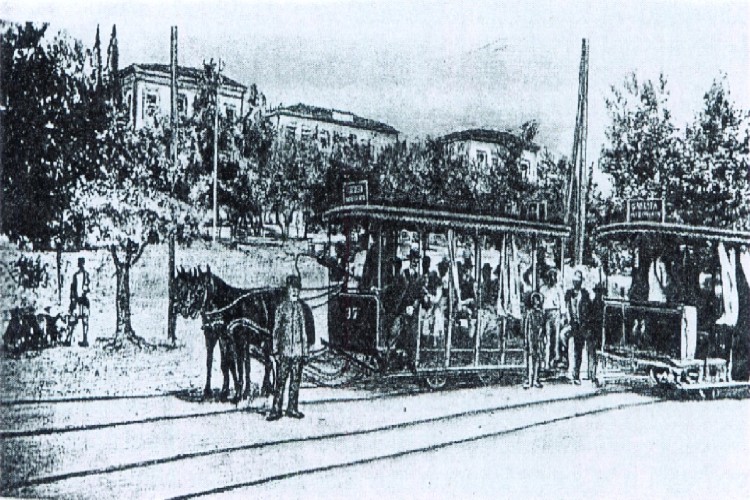 The first tram lines connected the centre of Athens with the suburbs at the time. You could go quickly and comfortably, for that time, from Syntagma Square and Gazi District to the Ampelokipoi District, Patissia and Kolokynthou Districts and even to the Omonia SquareIn the years that followed the lines expanded further and could serve other destinations such as Mitropoleos street. Trams even had advertisements on them with businesses of the time. It was one of the first and most successful forms of advertising. You could get a lot of attention if you put your ad in a tram car.

Athens: The special story behind the pedestrianization of Ermou street

The steam makes its appearance

In 1887, a more sophisticated form, that of a steam tram appeared in Athens. Faliro’s steam tram had its departure point in front of the Academy of Athens. Crossing Panepistimiou and Amalia’s avenues went all the way through to Tzitzifies (down to the coast of Falliron). It then passed by the beach and ended up in Faliron.

From steam to electric trams

21 years later, on October 30, of 1908, the first electric tram appeared. Within two years the tram network acquired 257 vehicles – 150 engines and 107 trailers. It was a very modern technology for the time. It was so impressive that many Athenians simply went on a tram ride without having to go to a specific destination. The wagons were Belgian-made closed-roof. They all had electric lighting and very comfortable seats for 16 persons. There was, of course, provision for 14 standing passengers. The cost of the trip was 1 penny. Over the years, the fleet grew and modernized. Up to a point when the decline begins. 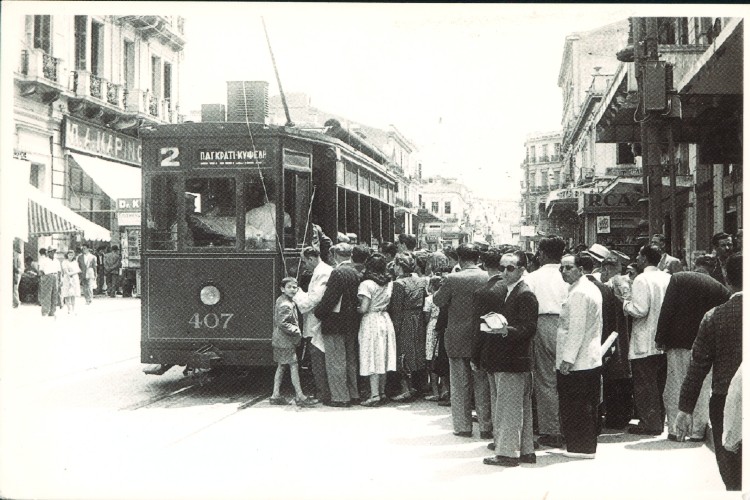 The glamour was lost after the German Occupation.

The period after the German Occupation signalled the beginning of its collapse. Many lines were finally postponed the final ending being that of the scraping of the rails at the junction of Chaftia, by crews of the Ministry of Public Works, in the early morning hours of 16th of November 1953. At the same time, the lines of Patissia – Ampelokipoi and Kypseli – Pagkrati were decommissioned. In October of 1960 the last bell of the old traditional Athenian tram was heard. The only one that remained was the line to Perama. On April 4, of 1977, it will go for its last ride. That was the definitive epilogue. 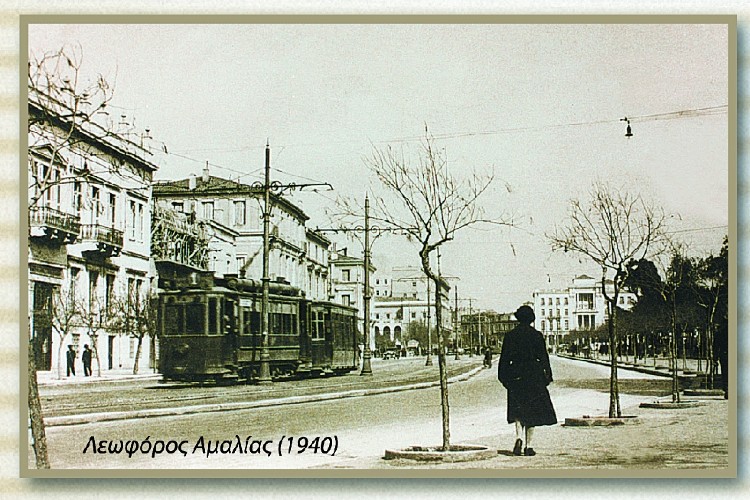 The tram comes back to life in Athens in 2004

44 years after the last bell, the tram returns to Athens and its roads fully modernized. It started its operation on the 19th of July 2004 due to the Athens Olympic Games. In 2007 there was an additional extension to the lines from the Swimming Pool of Glyfada to the Asclepeion Hospital in Voula, with a new stop called “Asclepeion Voula”. Today, the modern tram network in Athens has 3 lines with the names “Thucydides”, “Aristotle” and “Plato”. 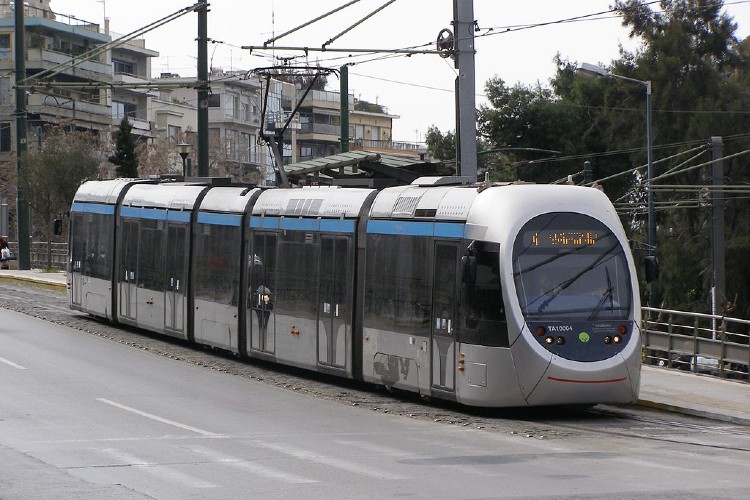 All that remains to remind us of the old tram of Athens now, are the famous lyrics that were first singed in 1948, “Walk to fast for us to catch the last tram…”

Where does Theodoros Kolokotronis point at and what is curious in the stance of his horse?